Not All Prior Injuries Remain Relevant

Gary is a 38 year old male, heavily tattooed and with five children to two partners. His eldest son is 18 years of age and has never had a job.

Gary has been unemployed for many years also and is an avid motor cycle rider. 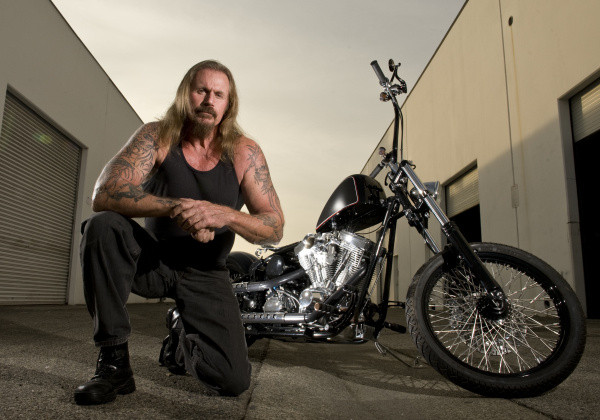 About a decade ago, Gary was involved in a motor cycle accident and sustained a fracture involving the upper end of his shin bone. It was the lateral tibial plateau that was involved and the injury required open reduction and internal fixation with a plate and screws. Despite valiant efforts on the part of the Surgeon, an incongruous or uneven lateral compartmental joint surface was achieved and Gary was destined to suffer with osteoarthritis at some time in the next 20, 30 or even 40 years.

Gary’s bad luck continued. Only a year ago, he was involved in another motor cycle accident. This time, it was the lower end of the thigh bone which formed that same knee joint that was involved. Exceedingly severe fractures involved the lower end of the thigh bone (the femur) and although metallic plates and screws were inserted, it was simply impossible to reconstruct this knee joint. The fractures have united and the joint remains stable but the knee can barely bend, is constantly swollen and is extremely painful. 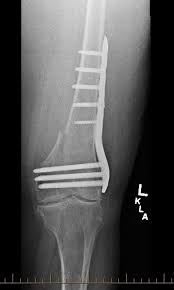 It would be reasonable for the Defendant to argue that he was already going to require a total knee replacement at some time in the future even if this most recent accident had not occurred. Whilst that is true, the adverse effects of the accident that occurred a decade ago have been grossly overshadowed by the severity of this most recent injury. The overshadowing is of such magnitude that the original injury (occurring a decade ago) is probably no longer of any relevance. 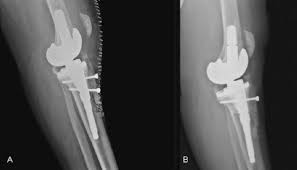 I can imagine that this would be an important issue to be addressed by the Court.