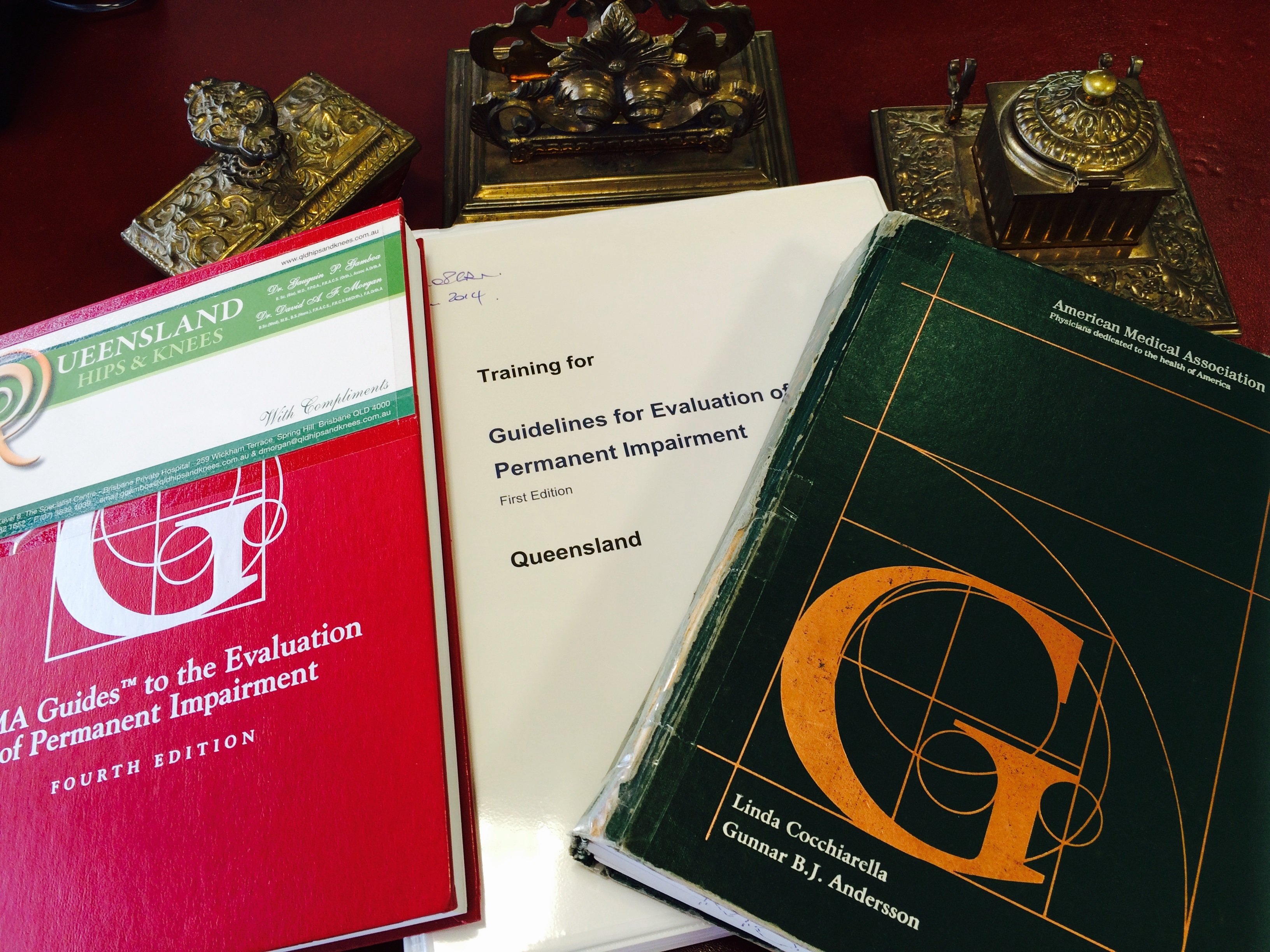 Impairment relates to a loss, loss of use or derangement of any body part, organ system or organ function.  The definition includes objectively identifiable impairments such as those due to a fracture or those that are more subjective and may manifest themselves through fatigue or pain.  Whilst both facets are important, it would be unwise to measure an impairment based upon a subjective analysis alone.

The term “impairment” is sometimes confused with “disability”.  The term “disability” has historically referred to a broad category of individuals with diverse limitations in their ability to meet social, occupational, domestic or recreational demands.  In essence, a disability is an alteration of an individual’s capacity to meet personal requirements.  Whilst an impairment may underpin that disability, the two definitions are quite separate.

The judicial system dealing with compensation allows the Court to award “General Damages”.  There is a defined threshold of $250,000.  The award is based upon an Injury Scale Value (ISV).  That Injury Scale Value in turn is linked with an Impairment Assessment (a percentage of whole body function) that can be quantified by an expert observer.  The more precise the calculation, the more certain is the accuracy of the outcome.

Different jurisdictions use different guidelines for the calculation of this impairment.  The impairment may relate to an individual body part.  Ultimately, when a combination of impairments is combined, a Whole Person Impairment (WPI) can be calculated.  A patient without any impairment will exhibit a 0% WPI.  At the other end of the spectrum, the impairment might be a 99% loss of whole person function.  This would be a quadriplegic who retains intellectual capacity.  That severely afflicted individual, whilst incapable of any voluntary movement, would retain the insight to recognise the untenable state of being trapped within one’s own body.  Most plaintiffs will fall somewhere between these two extremes.

Several guidelines can be used.  Those most commonly referred to in Queensland have been published by the American Medical Association in “Guides to the Evaluation of Permanent Impairment” (5th Edition) (AMA 5 Guides).

We previously used Edition 2 and Edition 4.  Already, there is an Edition 6 although it has not been popularly accepted around the country.

WorkCover Queensland, prior to October 2013, relied upon “Guides for the Table of Injuries” for injuries on or after 2 November 2005.

After 15 October 2013, WorkCover Queensland has referred to “Guides for Evaluation of Permanent Impairment” or GEPI.  The first edition has been superseded by the second edition which was published in July 2016.

The Department of Defence relies upon the so-called Comcare Tables and other jurisdictions sometimes specify even more exotic tomes.

Whatever the reference source, it is incumbent upon your orthopaedic expert to use it wisely and accurately.  Anything less should be rejected.